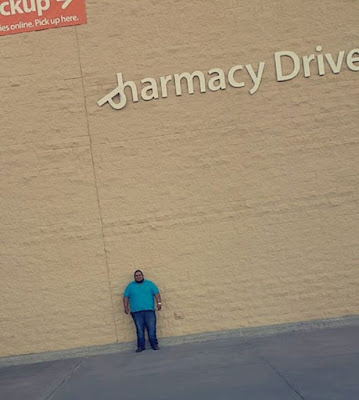 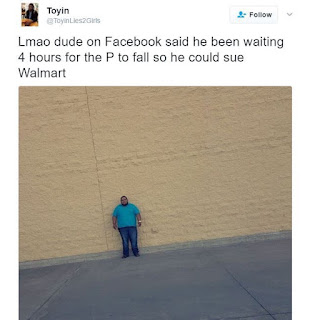 David Engel analyzed various research and literature around American tort law in The Myth of the Litigious Society: Why We Don't Sue, seeking some sort of truth or solution in his findings, and a “more responsible discussion about injuries and the law.”  While I am skeptical of some of Engel’s findings and explanations, as a whole his work was overwhelmingly thought-provoking, shocking and simultaneously exactly what I would have expected.  In this essay I intend to contribute to Engel’s discussion by reflecting and critiquing his work, while also explaining what influenced my perception and ideas particularly in regard to the following excerpt from Engel’s book:

More than nine out of ten injury victims assert no claim at all against their injurer--even in cases where it is likely that a legal duty was breached and a claim would succeed. In this book, I shall argue that the campaign to reduce damage awards and curtail tort actions is misguided and unfair. It makes no sense to respond to the millions of injuries Americans suffer each year by reducing their access to justice. So-called tort reform has made a serious problem of injuries in our society even worse. Moreover, tort reform has failed to deliver on its promises of reduced insurance premiums and cheaper products and services.

David Engel, The Myth of the Litigious Society 5 (2016).  As a first-year law student I have been captivated by our common law tort system, especially our class discussions when comparing our “finding fault,” “making the plaintiff whole,” and “deterring society” tort functions with a country that does not have a tort system like New Zealand, because in my opinion, it drastically demonstrates how brilliant and imperative the tort system is in obtaining fairness and justice in society. However, to be completely candid--my perception may be slightly biased, as my Dad is a bankruptcy and personal injury lawyer, but after learning and working through personal injury cases since I was 15 years old, I like to think it has been an invaluable opportunity to have seen the good, the bad, and the numerous factors that come into play in practicing in the real world. Throughout reading Engel’s book I found myself jotting down some of the real-life personal injury cases, and it was fascinating to be able to connect some of the concepts, have some of my questions answered, and to be able to see and engage the law and society with a bigger-picture lens.

Creatively, Engel always seemed to be looking for an answer or solution to case of the “missing plaintiff,” why Americans choose to “lump” rather than claim and “why doesn't the dog bark?” Although it seems counterintuitive, I agree that in order to find the right answers, we must ask the right questions.  The concrete solutions Engel offers seem plausible: (1) increasing access to lawyers, (2) the impact of high profile litigation cases, (3) aggregating plaintiff’s claims, and (4) regulation (not just from the government, but regulations from industries and professions).   I understand Engel’s goal was not to “fix” our tort law system, but instead to reframe the issues in order to get at the root of policy debates and to bring to recognition that most injury victims do not lodge claims against their injurers. Id. at 189.  However, I found his analysis of the consequences, which are ironically the very goals and purpose of the tort system, of the missing plaintiff and why the predominance of lumping matters to be most enlightening and productive because Engel informs his readers in a consequential tone that is clear and leaves a stinging impact.

The cover of this essay is a picture I found on Twitter a few weeks ago and found it relevant and consistent with a theme in Engel’s book, and the media seem to be the leading agent in constructing and manipulating the public’s belief in many modern day topics, but in this case particularly the media’s powerful roots in America’s psyche--the common phenomenon of perception that the American civil litigation system is out of control, that we sue one another at the slightest provocation, that it is somewhat of a fraudulent system (i.e., cover photo) and that plaintiffs win obscenely large verdicts while the tort lawyers are collecting the big bucks. This rhetoric is so prevalent that this past Saturday while traveling in the car with my family to meet my cousins for an early Easter dinner celebration, a country song in the car came on and it was making fun of the famous McDonald's coffee personal injury case in which the plaintiff suffered third-degree burns and had to have the burned area skin grafted--the lyrics of the song were “spill a cup of coffee make a million dollars.” The line made me uneasy because if anything the the woman only received somewhere around $700,000, and to me it seemed she was cheated, not to mention the humiliation she endured with false stories still permeating society.

I found Engel’s background of tort law to be an important concept to remember, especially in trying to parse the various factors contributing to the “missing plaintiff” problem.  My legal studies professor at UMass Amherst, Professor Paul Collins, profoundly taught us that the legal system does not impose change in society, but that the legal system and for example (idealistically) the Supreme Court rules in a manner that is consistent with what society has evolved to. I found this idea to be similar to when Engel provided: “the degree of civilization in a society can be judged by entering its prisons. The same could be said of injuries--a society can be judged by how it cares for injury victims, how it sanction injurers, how it classifies injuries and how it reduces the risk of injury for the population as a whole.” Id. at 7.

Engel explained how this completely false rhetoric of America being a society dominated by an out of control civil litigation system by providing numerous factors, and of which I found most important was politics, money, and media.  George W. Bush adopted the idea of tort reform in his successful gubernatorial and presidential campaigns, in which tort reform’s message was about lawsuits and injuries and injury claimants to be skyrocketing and the “whiplash Charlie” and “ambulance chasing lawyer” rhetoric began to pervade the media and the popular culture. Id. at 12.

“The cultural impact of tort reform was no accident. Proponents aimed not merely to change the law, as in previous historical cycles, but to change the way the American public thought about injuries and civil justice.” Id.  Unfortunately, when money, large corporations, and politics are in the mix, it never seems to weigh in favor of the vulnerable members of society, in this case the injured plaintiff that does not receive the proper redress or compensation. The vast broadcasting of the myth of America’s litigious society through media was extremely successful, additionally that tort law attracts the attention of Hollywood studios as well as corporate managers. Id. at 18. My mother recently told me she didn’t like the idea of my dad taking personal injury cases at the beginning of his career, and referring to them in a negative tone as "those kinds of cases." I was truly taken aback by her view of the tort system and how prominent and deep the phenomenon was and apparently still is.

Having learned and worked on personal injury cases for my dad, I saw many different factors contribute to why a client would occasionally not end up going through with the case and maybe why other clients would not file at all. I agree with Engel on the various factors that contribute to a plaintiff not filing a claim, whether it be the self-blame (responsibility factor), the cost-benefit, it would be time consuming, and other obligations like work or sick family members. I have seen first hand a variation of the above factors and agree to an extent that those might be contributing factors; however, I found most compelling to be Engel’s research and discussion of the human cognitive process that many people may not file when injured to be made whole again. Professor Murray touched on this concept in regard to juries and research found in their decision making--pathos, ethos, and logos--that humans rarely rationalize or once they have experienced and formulated a decision based on an innate reflex or based on some emotional perception that researchers have found it to be extremely unlikely for a human to upon rational thinking (the last to operate) to change his or her mind. “Responses to real world injuries are rooted in suffering and the failure of reason and clear communication, not in deliberation and careful choice." Id. at 49.

Engel briefly talks of capping the amount of damages a plaintiff can be compensated, and this would be my biggest concern and the only real constructive change in the tort system. For example, the malpractice capping--there was a case where a woman in Texas was supposed to have one side of her ovaries removed and the doctors removed the wrong side and then had to remove the original cancerous side as well, thus, taking away her ability to have children completely, and in which under the capping regulations in Texas, she could only receive the maximum amount of $500,000. This is extremely destructive to the social order of society, but also extremely complex because how does one value damages for a life with children she would have been able to have, but for the mistake of the doctors cannot experience that and will experience insurmountable pain and suffering?  A different kind of capping system that I experienced first hand will forever stay with me and would be the very first thing I would wave a magic wand to change is the capping system in Massachusetts on insurance policy.  A personal injury client of my dad’s that I worked on last summer was a boy my age who was as a result of an almost fatal car accident, was paralyzed from the waist down.  The insurance policy capping regulations that Massachusetts has and that I am still grappling to understand, only would allow this now paralyzed 23-year-old boy to recover $20,000, because that was the policy of the defendant and driver of the car who caused the life-changing injuries. The social order will most definitely break down and have catastrophic consequences when injured plaintiffs are not fully compensated and made whole.

I think Engel crafted a simple yet superb discussion on injuries and the law when defining the consequences of the plaintiff who “lumps” and is not made whole and how its effects will disrupt the very purposes and functions of the tort system: (1) the predominance of lumping distorts tort law (cannot compensate victims effectively if it reimburses a mere handful of the millions who are harmed each year ... and it cannot deter injurers if it leaves most of them free to engage in further irresponsible behavior with little likelihood they will suffer any sanction); (2) the absence of claims weakens tort law’s early warning function (the signaling function of tort law can be either weakened or eliminated entirely if most injury victims never bring a claim or even consult a lawyer); and (3) injuries without remedies are bad for our society (injuries without remedies create a social underclass whose needs must be met--I would also add a social upperclass in which seems to only receive protection and compensation from the legal system). Id. at 179.

“If we as a society value the goals of compensation, deference, loss distribution, and corrective justice, we will have to find other ways to achieve them rather than relying on tort law is it currently operates.” Id. at 179.
at May 11, 2018

This blog features the work of first-year law students in Torts II. This year's essays reflect on the book by University at Buffalo Law Professor David Engel, The Myth of the Litigious Society (U. Chi. Press 2016) (Amazon).